Volatility is very normal, Be comfortable 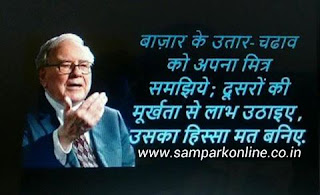 🔹During last 10 years, Sensex has provided an annualised return of around 11%. During the same period, the average difference between any year’s highest close and lowest close is around 33%.
🔹If this is how it is, year after year, decade after decade, century after century; why even listen to some explanation on why market went down or up. This is how it works. It’s as simple as this. Listening to media and analysts explaining volatility is sheer waste of time.
✅ Volatility is very normal. If you can understand and get used to volatility, no one can stop you from creating wealth through equities. It’s volatility which scares most of the investors and they make crazy decisions due to the same.
🖕The above pointers shows volatility is the way of the life in equity markets. It is normal to be volatile. It’s abnormal to be otherwise.
✅ But for volatility, everyone would get rich from equity. Life cannot be that easy. Volatility ensures that only few who can be friendly with it, makes huge wealth from markets
👍 If only we can get comfortable with volatility, equity investment is a cake walk.